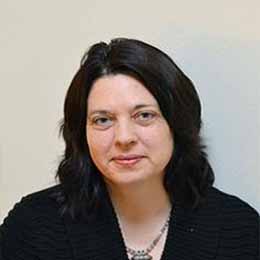 Gillian McCann is an associate professor in the Religions and Cultures Department, Nipissing University, Canada. She holds a doctorate in Religious studies in the area of South East Asian religious traditions. She has taught in a variety of academic settings on world religions, women in religion, health and spirituality, and the intersection of East and West. Alongside her work in academia Gillian has partnered with Gitte Bechsgaard at Vidya Institute International on various scholarly and educational projects. Together they have written The Sacred in Exile (2017), and continue to write monthly for Psychology Today on spirituality and related themes. Gillian’s first book Vanguard of the New Age: The Toronto Theosophical Society 1891-1945 was published in May 2012.

Gitte and Gillian have have recently coauthored The Sacred in Exile: What it Really Means to Lose our Religion (Palgrave Macmillan: October, 2017). Since 2011, they have partnered with Nipissing University to organize annual conferences in Health, Healing and Religion, centered on themes related to the cultivation of religious tolerance, health and spirituality.