The Sacred In Exile: What It Really Means To Lose Our Religion

Please order using the links below:
Get a Copy:

The Sacred In Exile addresses the fact that, for the first time in history, a large segment of the population in the western world is living without any form of religious belief. While a number of writers have examined the implications of this shift, none have approached the phenomenon from the perspective of religious studies.

More about the book

The authors examine what has been lost from the point of view of sociology, psychology, and philosophy of religion. The book sits at the nexus of a number of important debates including: the role of religion in public life, the connection between religion and physical and psychological well-being, and the implications of the loss of ritual in terms of maintaining communities. 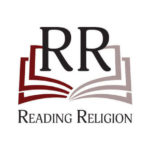 While numerous scholars have debated, complicated, and rejected the secularization thesis over the past several decades, McCann and Bechsgaard take its facticity as their starting point. The authors gesture toward the literature on secularism, but a substantive engagement with scholars of secularization is not their primary goal. Instead, they seek to promote religious literacy and initiate conversations about religion as a public resource among non-academic readers. Read the full review here 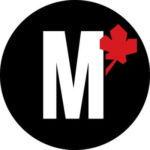 McCann says the “Enlightenment narrative”—the idea the Western world has steadily emerged from darkness and superstition to the shining light of reason—dominates any religious-secular discussion. “The only two positions ever allowed are purely secular materialism or crazy religious fanaticism—those are the supposed choices, when the vast majority of people are not like that, not part of either.” Religion’s great, worldwide middle ground is the focus of both books, with McCann and Bechsgaard lamenting the effects of its two-generation-long decline and Crane pointing at its durability as proof of religion’s ineradicable place in human nature. Beliefs and their role in religious faith are at the core of why the mutually incomprehensible “shouting match” only gets louder over time, because—as Crane forcefully argues and McCann and Bechsgaard implicitly accept—dogmatic belief, other than in certain core precepts, matters far less than most atheists and even some faithful fully realize. Read the full review here

The Sacred In Exile: What It Really Means To Lose Our Religion

Please order using the links below:
Get a Copy:

This website uses cookies to improve your experience while you navigate through the website. Out of these cookies, the cookies that are categorized as necessary are stored on your browser as they are essential for the working of basic functionalities of the website. We also use third-party cookies that help us analyze and understand how you use this website. These cookies will be stored in your browser only with your consent. You also have the option to opt-out of these cookies. But opting out of some of these cookies may have an effect on your browsing experience.
Necessary Always Enabled
Necessary cookies are absolutely essential for the website to function properly. This category only includes cookies that ensures basic functionalities and security features of the website. These cookies do not store any personal information.
Non-necessary
Any cookies that may not be particularly necessary for the website to function and is used specifically to collect user personal data via analytics, ads, other embedded contents are termed as non-necessary cookies. It is mandatory to procure user consent prior to running these cookies on your website.
SAVE & ACCEPT